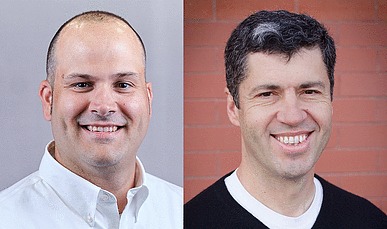 obtained his PhD degree in 2008 with the late Professor Keith Fagnou at the University of Ottawa in Canada as an NSERC Doctoral Fellow. He then joined Merck Research Laboratories at Merck-Frosst in Montreal in 2007, making key contributions to the discovery of Doravirine (MK-1439) for which he received a Merck Special Achievement Award. In 2010, he moved from Quebec to New Jersey, where he has served in roles of increasing responsibility with Merck ever since. L.-C. is currently Executive Director and the Head of Process Chemistry and Discovery Process Chemistry organizations, leading a team of smart creative scientists developing innovative chemistry solutions in support of all discovery, pre-clinical and clinical active pharmaceutical ingredient deliveries for the entire Merck portfolio for small-molecule therapeutics. Over his tenure at Merck, L.-C. and his team have made important contributions to >40 clinical candidates and 4 commercial products to date.

Tom Rovis was born in Zagreb in former Yugoslavia but was largely raised in southern Ontario, Canada. He earned his PhD degree at the University of Toronto (Canada) in 1998 under the direction of Professor Mark Lautens. From 1998–2000, he was an NSERC Postdoctoral Fellow at Harvard University (USA) with Professor David A. Evans. In 2000, he began his independent career at Colorado State University and was promoted in 2005 to Associate Professor and in 2008 to Professor. His group’s accomplishments have been recognized by a number of awards including an Arthur C. Cope Scholar, an NSF CAREER Award, a Fellow of the American Association for the Advancement of Science and a ­Katritzky Young Investigator in Heterocyclic Chemistry. In 2016, he moved to Columbia University where he is currently the Samuel Latham Mitchill Professor of Chemistry.

Heterocycles are ubiquitous components of biologically active molecules. With the need for greater efficacy and selectivity in therapeutic agents comes motivation to create more efficient routes to these functionally complex target molecules to enable drug discovery and development. In this Cluster, we highlight several modern strategies that practitioners have recently advanced to tackle this challenge.

Heterocyclic structures are found throughout chemistry. While oxygen and sulfur-containing rings are important, the most ubiquitous of these – nitrogen heterocycles – are a prominent structural subclass in biologically active agents, found in ~60% of all FDA approved drugs.[1] Given this prominence, it is no wonder that these structures have long stimulated synthetic research efforts.

The Hantzsch pyridine synthesis is 140 years old,[2] but as with most transformations, substitution limitations mandate better methods to address these deficiencies. Lei Jiao of Tsinghua has surveyed diverse approaches to pyridine containing and pyridine derived products using a host of activation strategies in a thorough review.[3]

One method of derivatization that Jiao covers is the Minisci reaction, the addition of carbon radicals to pyridine-type heterocycles. Regioselectivities tend to be poor, and sometimes unpredictable. In this Cluster, Phipps and co-workers report efforts at overcoming this limitation with judicious choice of solvent and additive, leading to selective and complementary Minisci additions to quinolines.[4]

As mentioned, N-heterocycles are not the only class of interest. Huang and coauthors summarize approaches to sulfur-based heterocycles in a comprehensive review in this Cluster.[5] A rapid and modular approach to one oxygen heterocycle – a coumarin – is described by Sun and Hui.[6]

As important as known heterocycles are, novel ones expand our knowledge of chemical space, potentially leading to new applcations. Chacon-Garcia and co-workers describe a simple access to an unknown polycyclic heterocycle with handles in place for subsequent derivatization.[7] Anderson and colleagues report a rapid assembly of indoles and indolines by a modular cascade sequence.[8]

Patman and colleagues describe a rhodium(III)-catalyzed reaction coupling benzamides with feedstock olefins and acetylenes.[9] In addition to the fine chemistry, of note is their dedication to a pioneer in heterocycle synthesis and direct functionalization – the late Keith Fagnou.

Heterocycles meet spirocycles – two different substructures that have had enormous impact in medicinal chemistry – in a manuscript by Jui and co-workers where visible light photoredox catalysis is used to drive a pyridine-­derived hydroarylation reaction.[11]

The approaches described in this Cluster highlight the breadth of challenge and diversity of solution towards heterocycle synthesis and functionalization. Issues remain, and tackling them will require further creativity and insight, along with new tools and new reactivity.