Yu Kawamata
,
Phil S. Baran*
We would like to acknowledge the National Science Foundation (NSF) (CCI Phase 1 grant 1740656) and the Hewitt Foundation for a postdoctoral fellowship to Y.K.
Further Information 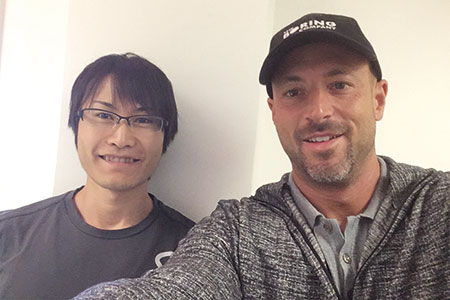 Published as part of the Cluster Electrochemical Synthesis and Catalysis

Yu Kawamata was born in Japan in 1988, and he completed his undergraduate education at Kyoto University. He obtained his master’s degree and his Ph.D. at the same university under the supervision of Professor Keiji Maruoka, and he undertook a short-term internship at The Scripps Research Institute working on natural product synthesis with Professor Phil S. Baran. Upon completion of his doctoral studies, he returned to the Baran laboratory as a research associate and currently is pursuing his postdoctoral studies on organic electrochemistry.Phil S. Baran was born in New Jersey in 1977 and completed his undergraduate education at New York University in 1997. After earning his Ph.D. at The Scripps Research Institute (TSRI) in 2001, he pursued postdoctoral studies at Harvard University until 2003, at which point he returned to TSRI to begin his independent career. He was promoted to the rank of professor in 2008 and is currently the Darlene Shiley Professor of Chemistry. The mission of his laboratory is to educate students at the intersection of fundamental organic chemistry and translational science.